The passing of Maddalena De Padova 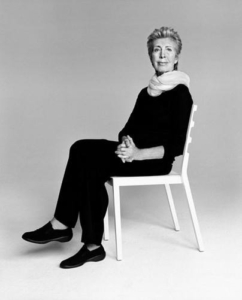 The passing of Maddalena De Padova leaves Italian Design world missing one of its main character whose style marked out a well defined branch represented by great taste, soft innovation and living in style.

She succeeded in establishing her own manner and the different designers who crowded her showroom approached their projects for this brand with a soft touch.

The most celebrated and prolific among them, Vico Magistretti, emotionally connected to Maddalena, was her style most accurate exponent and in his “De Padova” designs we can clearly find the corporate philosophy permeating the Milan Corso Venezia showroom where clients used to tiptoe breathing an unmatched atmosphere.

Her character is confirmed by hosting in this collection so many different designers and customizing their works: just think about Dieter Rams bookshelf, one of the company’s bestseller. She realized this design could have chances to succeed and chose to produce it in aluminium, making it a “must have” while the many shaped plate versions produced by other companies cannot be distinguished from standard industrial racks.

I would like to stress her openness towards unfairly forgotten characters and among them Paolo Pallucco, producing an original though lacking of particular commercial interest.

The company was founded in 1956 together with her husband Fernando: their business activities starts importing Scandinavian furniture and objects, sold at the store on via Montenapoleone in Milan. This marks the debut of design from Northern Europe in Italy: a revolution that has had a permanent impact on our way of living.

In 1960, Maddalena meets the American company Herman Miller and acquires a license to manifacture the products designed by Charles Eames and George Nelson in Italy: On this purpose is founded ICF De Padova, with headquarters in Vimodrone.

After her husband’s death in 1967 she runs the company by herself, cooperating with the best Italian and foreigners designers: among them Vico Magistretti, Achille Castiglioni, Patricia Urquiola and Nendo.

She was awarded with “Compasso d’Oro” for her career in year 2000.

Last year the brand was acquired by Gruppo Boffi: this can reassure its style lovers about the brand path, the elegant new via Santa Cecilia showroom being the best proof.